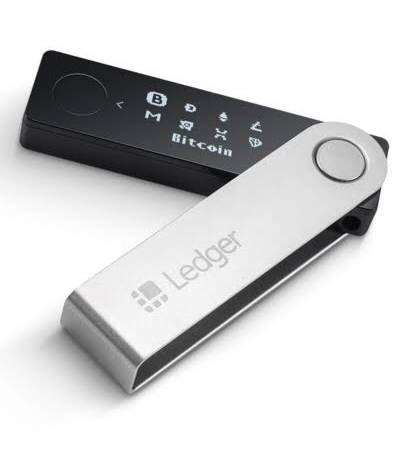 After waiting for a couple months, I finally received and unboxed my Ledger Nano X.

I’m a huge fan of hardware wallets and owning the keys to my coins. But there was a single killer feature missing from the Keepkey, Trezors, and Ledger Nano S Waller’s that I used: mobile support. I’m not talking about an OTG (on the go) cable with Android-only support. But wireless support across both iOS and Android. Bluetooth! After all, what good is a wallet if it needs to be physically tethered or doesn’t work with all mobile devices?

The Nano X is solid, especially with the metal swivel cover. I’d feel safe carrying it in my pocket and doing all the things I do - cycling, skiing, working - everyday.

Button clicks are loud! Trezor is much quieter. Crypto usage should be discreet.

Nano X is bigger than Nano S. Maybe 50% larger by volume (anyone up for the water displacement method?). This is a little bit of a downside for a carry-on-keychain scenario.

One-handed operation to hit both buttons is tough. Two-button operation is a constant with the Nano X. It’s needed to confirm every operation. This only works with one hand if the Nano is on a table and you can use two fingers (pointer and middle). But I would trade off a little accuracy for consistent one-handedness (eg a 3rd button or a jog-wheel and button).

Out of the box, the device powered up per instructions. But it had a low battery warning. Ledger’s FAQs state that devices ship with 25% battery. And that battery probably contributes to the larger sized device. This is a worthwhile trade off. So I plugged in a USB-C charger and was able to get setup while charging. 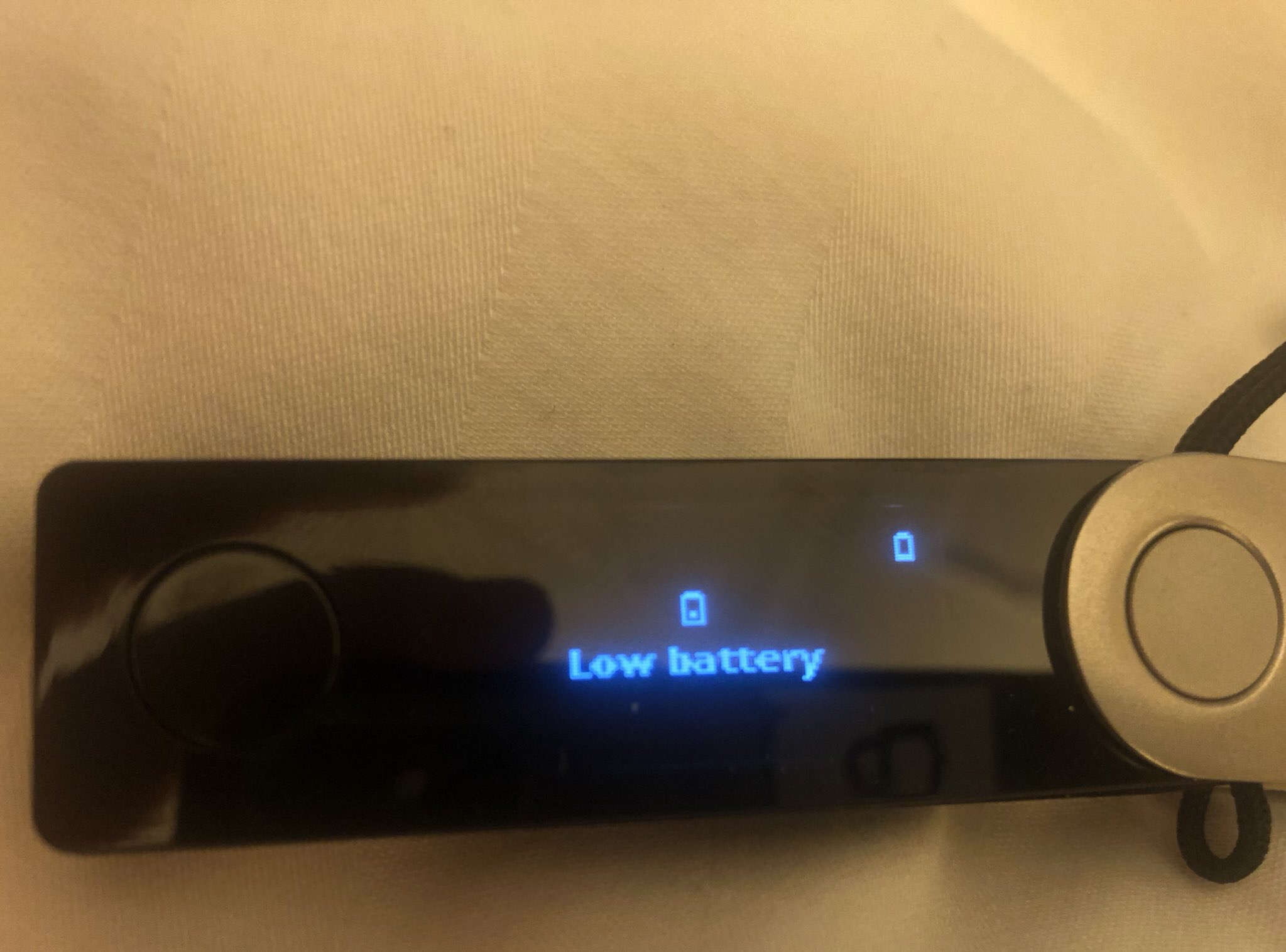 I chose the path of restoring a wallet. I used a 12 word nemonic that I had memorized. Awesome that Ledger allows 12, 18, and 24 word restores. The entry using two buttons was tedious and reminiscent of Nokia predictive text in 1998. But I got it right on the first try all from memory. Pin setup was also easy and allows a min. of 4 digits.

Ledger Live is the mobile or desktop app that you use to manage your wallet. Nano S connects via a cable but the X connects over Bluetooth. This took a few tries to get right.

Bluetooth is such a finicky protocol. Or maybe it’s the Ledger Live app? My first attempt failed. I had to reboot the Nano X to get my iPad to recognize it.

On my next try, the Nano X picked up the iPad pair request but still failed.

On the third try, I managed to accept the pair request on Nano X before proceeding on the iPad. This felt like 2007 car Bluetooth versus today’s almost seamless sync. Crypto HW wallets will get there one day too.

Since I had created this nemonic for a bitcoin wallet many years ago, I setup bitcoin as my first app. I installed the app using Ledger Live, it synced my wallet, and I could see my transaction history. Awesome.

Operations between LL and the Nano X are often laggy. LL will ask you to open the Bitcoin app on your Nano X. But then it will take 5 seconds to acknowledge and move forward. I’m now used to that lag now, but at first I could not tell what was happening.

Choosing this wallet, I’m making a bet that Bluetooth is secure. What good is owning your keys if a MITM or other remote attack can steal them?

Ledger implemented many security steps in its flows. Sometimes it feels overwhelming, like needing to re-enter my pin upon plugging into a USB charger. Or having the default digit in a pin entry be random (so that a keystroke attack fails). But I always remind myself that I’d rather have it this way than a product that is too lax.

In the few hours I’ve tinkered, I’m very happy with this purchase. But I have a few ideas for what would make the Nano X even better.

The biggest benefit will come from improving the Ledger Live software to make it less laggy and more robust. Making for a smoother Bluetooth sync is key. So is reducing lag between cross-device operations.

Selfishly, I’m interested in adding more coins (I hear Monero is coming soon), and more wallet management. For example changing the auto-lock timeout setting or even displaying device battery life. Push me a notification if battery is < 20%. Input/output is so much richer on a phone or tablet than a hardware wallet.

Some of the hardware wallet UX is wonky too. There’s a “+” item to install an app but then it tells you go to Ledger Live. I suppose this helps guide long time Ledger users who did more of the operations on-device. It’s also hard to tell what state you’re in. State ownership between mobile app and wallet aren’t as clearly defined as Trezor’s model where the wallet is much more a slave to the app.

Last and most intriguing is Lightning Network support. I’m convinced that LN will be the daily payment mechanism and that Hardware wallets will need to support it to become more than just a store of value. To move funds off chain with a hardware wallet, I have to send them to a 3rd party LN wallet that’s just like any other send destination. Ledger (and other hardware wallets) could build more of the LN experience into their software just like I can do with my Zap wallet and myriad other forms of mobile LN wallets popping up.