I’ve spent the last three weeks on parental leave. It’s been awesome getting to know our daughter Ava better. But in between the hundreds of diaper changes, bottle feeds, and 5 S’s, I managed to explore some cryptocurrency projects. Often early in the morning or late at night when mom and baby are sleeping.

Note that none of this is about price or trading, but rather application and utility of cryptocurrency. That’s so much more interesting than candlesticks and ICO’s. So let’s all focus more attention there!

Below are seven of the adventures I undertook:

1. Ava’s birth announcement on the blockchain

I tried Litecoin and Bitcoin, messing around with different fields. But it was too cumbersome to generate a transaction. So I turned to Ethereum. ETH was the easiest way to leave a message in a blockchain and have it be easily readable. Ava’s birth announcement is forever embedded in Ethereum Block 4944064.

Yesterday we welcomed our daughter to the world. We're ecstatic! Then today we recorded the announcement on the blockchain https://t.co/LNPp3MnAAq

Twenty days in, it’s been confirmed by over 100k nodes. I can’t wait for her to call me a dork for doing this!

2. My name in litecoin and Bitcoin

For Bitcoin and Litecoin, an open source program called Vanitygen lets you generate slightly more readable addresses. Like a personalized license plate, but without going to the DMV. The problem is that Vanitygen program uses a ton of computing power. It has to guess each time until it gets it right. Brute force. There are trillions of permutations. tried running it on my Raspberry Pi server at home, but it would have taken almost a week to generate the Bitcoin address I wanted. However, I was able to generate a Litecoin address easily (I love this coin for being so efficient) LScottJCSQXkTJ4KRwZZkbC1HCSvN21e4H.

Compiled vanitygen on my Raspberry Pi to generate myself an LTC address: LScottJCSQXkTJ4KRwZZkbC1HCSvN21e4H. It took ten minutes using 2 cores at 35,000 keys/second.

So I found a useful guide of how to run vanitygen on AWS. I rented 1000x more computing power than I had on my RPI, and after an hour and $1 I got the keys to the bitcoin address 1Scottu5rUaX8fsnBjXqJtC5pcmddHk7d.

I’ve been running an LTC node at pi.scottshapiro.com for several weeks (on and off). Lately it’s been off so that my Monero node can sync. I’m using the same Raspberry Pi with an USB SSD drive. But Monero syncing has taken forever, so I’ve shutdown the LTC note until that finishes. Only 25k blocks left. Stay tuned!

The Bitcoin blockchain is required to run a lightning node. But it’s almost 200GB and would take 6+ weeks to sync on a Raspberry Pi. Not wanting to invest in a beefy server at home, I turned to AWS again, running a t2.medium instance. Now that the blockchain is sync’d (took a day or so), I can downgrade it to a t2.micro instance. The extra 3GB of ram in the medium made a huge difference in syncing!

I’m fascinated with identity and have spent a lot of my career focused on this (see readable names above!). Keybase and Blockstack are two startups building decentralized identity platforms, and I went through the motions with each. Connect with me on Keybase: https://keybase.io/scottshapiro and Blockstack: https://explorer.blockstack.org/name/scottshapiro.id. 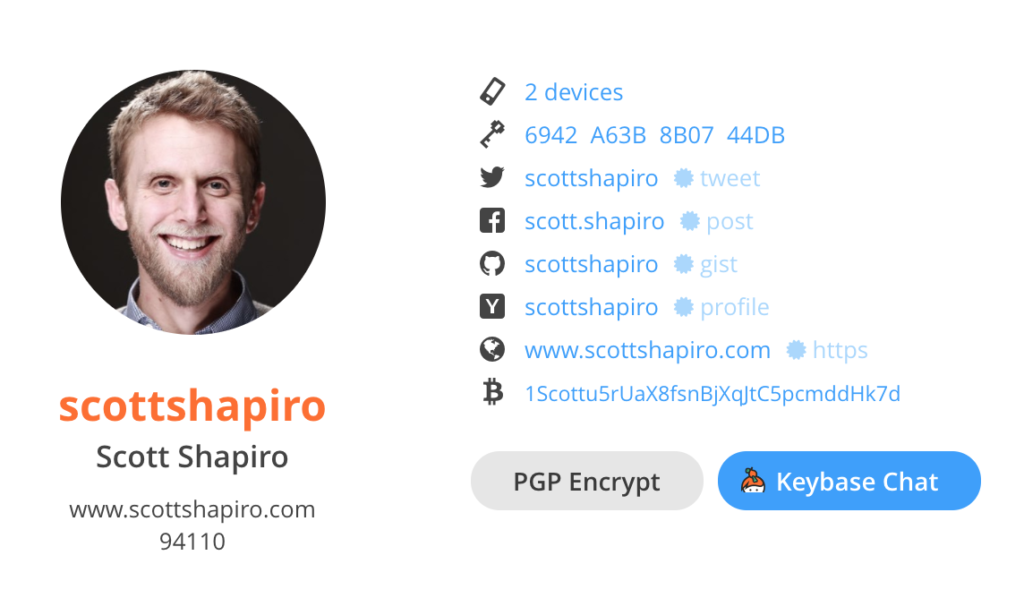 6. Mining Cryptocurrency in the cloud

While using AWS and learning about Spot pricing of remnant sever inventory at deeply discounted prices, I came across a guide on how to use EC2 spot to mine Etherum. I joined Nanopool. Even though I’ll likely spend way more on AWS than I’ll earn in ETH, it’s fun just to see how cloud-based cryptocurrency works. So far I’ve mined $6.83 worth of ETH!

While I haven’t been focused on trading cryptocurrency or ICO’s, I have been doing a lot of housekeeping. I setup a Lisk nano wallet, found an old Decred wallet. I redeemed a Prism I had setup on Shapeshift. I moved coins off of Exchanges to hardware wallets. If you’re not in the habit of doing this, see the latest about Binance being down for over a day.

I’m heading back to work shortly, but still have some time before then to wrap up some of these projects. I want to spend on Lightning Network, for example. Shoot a me a note if there’s anything else I should look into as well!